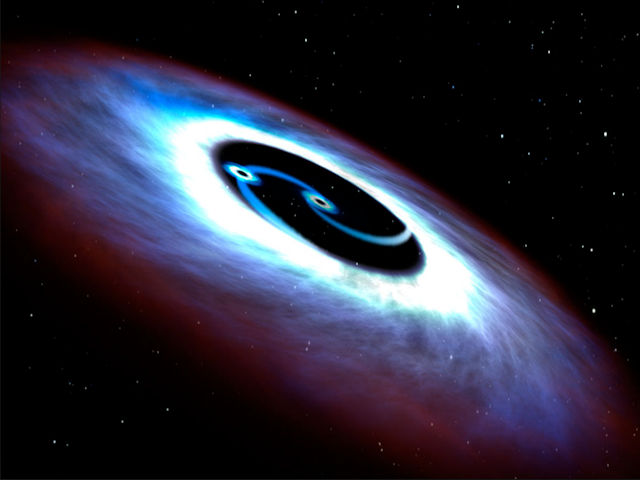 The nearest quasar to Earth is in the Markarian 231 Galaxy.

Colossians 1:15-20 (NIV)  15He is the image of the invisible God, the firstborn over all creation. 16For by him all things were created: things in heaven and on earth, visible and invisible, whether thrones or powers or rulers or authorities; all things were created by him and for him. 17He is before all things, and in him all things hold together. 18And he is the head of the body, the church; he is the beginning and the firstborn from among the dead, so that in everything he might have the supremacy. 19For God was pleased to have all his fullness dwell in him, 20and through him to reconcile to himself all things, whether things on earth or things in heaven, by making peace through his blood, shed on the cross.

The greatest miracle of all might have been the creation of the universe. If God can create an entire universe from nothing, then anything else is possible. Not only was God the Father involved in creation, but we read in Colossians 1:16 that Jesus Christ also fashioned the universe from nothing. We read in the Psalms that God knit us together in our mother’s womb. Jesus created us and then later died for us on the cross.

Quasars have amazed me for decades. According to Space.com,

Shining so brightly that they eclipse the ancient galaxies that contain them, quasars are distant objects powered by black holes a billion times as massive as our sun. These powerful dynamos have fascinated astronomers since their discovery half a century ago. Quasars emit energies of millions, billions, or even trillions of electron volts. This energy exceeds the total of the light of all the stars within a galaxy. The brightest objects in the universe, they shine anywhere from 10 to 100,000 times brighter than the Milky Way.”

The infinite God of the universe gave the gift of his son, so that we can find forgiveness and grace. With the fast pace of our lives it is easy to take our focus off of God. Considering the majesty and grace of God, let us renew our efforts to focus on the glory of God, who created the universe and loved each of us enough to sacrifice his own son for us. Creation declares God’s glory.

Psalm 19: 1 The heavens declare the glory of God; the skies proclaim the work of his hands.

When I gaze into the sky and observe the rolling clouds, the rising sun, or see the night sky of brilliant stars and other heavenly bodies; I stand amazed at the imagination and power of God.  Everything around us is a testament to our Lord’s majesty and intricate designs.