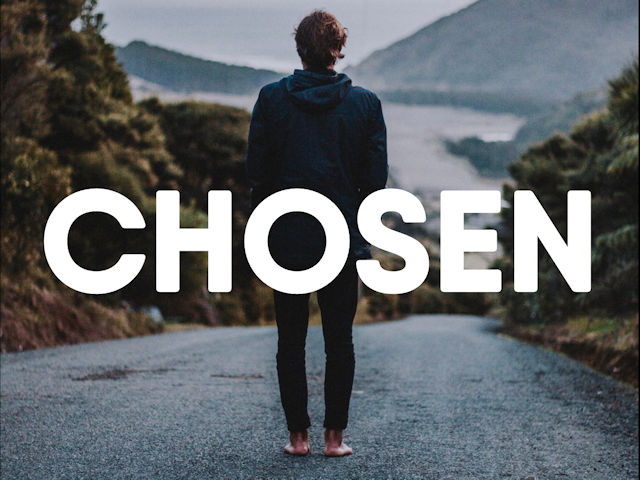 6 For you are a people holy to the Lord your God. The Lord your God has chosen you out of all the peoples on the face of the earth to be his people, his treasured possession. 7 The Lord did not set his affection on you and choose you because you were more numerous than other peoples, for you were the fewest of all peoples. 8 But it was because the Lord loved you and kept the oath he swore to your ancestors that he brought you out with a mighty hand and redeemed you from the land of slavery, from the power of Pharaoh king of Egypt. 9 Know therefore that the Lord your God is God; he is the faithful God, keeping his covenant of love to a thousand generations of those who love him and keep his commandments. Deuteronomy 7:6-9 NIV

Sometimes actors get fortunate breaks and are chosen for roles that catapult them into fame. Before he became a two-time Academy Award nominee, Mark Ruffalo zapped zits in a 1989 Clearasil commercial. Jimmy Fallon mentioned this ad, which Ruffalo said he “vaguely” remembered, and showed it during “The Tonight Show.” Ruffalo remembered what the surprised director told him after his audition: “It just seemed like you came right off the street, like you don’t know how to act at all.” This is how the man, better known as Bruce Banner and the Hulk in the Avengers movies, had a lucky break. (Angelica Oswald, Before They Were Famous)

Hollywood stars have fame, fortune, the job of their dreams, and wealth. Nevertheless, the Israelites and Christians have a far better destiny. It is a good thing to have a meaningful career with a lot of perks, but it is a wonderful blessing to be chosen by the Almighty. Please remember that I didn’t say we deserved it, earned it, bought it, fought for it, or seized it. Notice what The Ancient of Days declared: “The Lord your God has chosen you out of all the peoples on the face of the earth to be his people, his treasured possession.”

The Father chose the Israelites even though they numbered the least of the nations. The Lord could have picked among mighty ancient empires such as the Assyrians, Babylonians, Chinese, Egyptians, Greeks, Mongols, Persians, or Romans. Furthermore, an emperor, high priest, or king could have raised Jesus. Instead of Mary, an empress or queen could have given birth to the King of Kings.  This has great meaning for us. On one hand, we don’t have to live fearful lives hoping we can earn acceptance from the Lord of Hosts. This passage gives hope to the low in spirit.

On the other hand, the words of the One True God should unsettle the proud. The Lord does not owe us anything. We can’t do anything that in our own strength impresses the Lord. The Holy One and His Son judged emperors, kings, Pharisees, and other self-righteous people. “Know therefore that the Lord your God is God; he is the faithful God, keeping his covenant of love to a thousand generations of those who love him and keep his commandments.”

How is the end of this passage relevant for us?  The Lord made a covenant with Israel and made a covenant with us. The Lord of Lords directed His people to walk closely with Him in their attitudes, beliefs, and actions by loving and obeying. And Jesus repeatedly told His disciples that we need to love Him and obey His commands. The Holy Spirit sealed the covenant. Through the gracious love of our Triune God, we are called and equipped to love and serve. Discipleship comes with a cost. The good news is that the rewards are eternal with the Lord, the Elect from all of history, and a thunderous choir of angels in glory.

For he chose us in him before the creation of the world to be holy and blameless in his sight.  Ephesians 1:4  NIV

Prayer: Lord, you commanded us to act justly, love mercy, and walk humbly with you. May we through your grace, love You and others. May we sacrificially place You in the highest place in our lives as we fall on our faces in awe of You. In the precious name of Jesus, we pray. Amen.