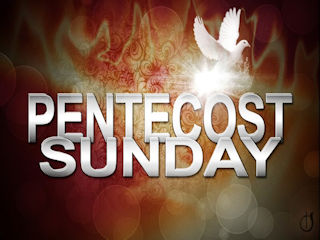 A Word from Pastor Nate: Pentecost

By: CCCLampasas
In: From the Pastor

John 16:13-15 13 But when he, the Spirit of truth, comes, he will guide you into all the truth. He will not speak on his own; he will speak only what he hears, and he will tell you what is yet to come. 14 He will glorify me because it is from me that he will receive what he will make known to you. 15 All that belongs to the Father is mine. That is why I said the Spirit will receive from me what he will make known to you.

A young missionary, Herbert Jackson, was given a car to help him in his work. The car was a major asset, but it had one difficulty—it would not start without a push or a jump-start. Jackson devised a system to cope with the car’s inability to start. When he was ready to leave his home, he went to a nearby school and asked permission to bring some of the children out of class to help him push-start his car.

Throughout the day, he was careful to always park on a hill or to leave his engine running when he stopped for short visits. For two years the young missionary used what he believed was an ingenious method to enable him to use the car.

When poor health forced the Jackson family to leave the field, a new missionary arrived to lead the mission. When Jackson explained to the new missionary his methods for starting the car, the young man opened the hood and began inspecting. “Why, Dr. Jackson,” he interrupted, “I believe the only trouble is the loose cable.” He gave the cable a twist, pushed the switch, and the engine roared to life.

For two years, Dr. Jackson had used his own devices and endured needless trouble. The power to start the car was there all the time—it only needed to be connected.

The Holy Spirit is the source of our power but we must listen to the Holy Spirit.  This long section, John 15:18—16:16, is tied together by two important themes: the opposition of the world against the church, and the ministry of the Spirit to and through the church. Our Lord had been talking about love in chapter 15, but now He is talking about hatred, and He used the word seven times.

Until the Lord returns, or until we die, we must live in this hostile world and face continued opposition. How can we do it? What is the secret of victory? It is the presence and power of the Holy Spirit of God in our lives. This is the key section in the upper room message about the Holy Spirit and His ministry.

Jesus promises that after a little while the Disciples’ grief will turn to joy.

Earlier Jesus told the disciples he would be with them only a little longer and encouraged them not to mourn. Now he points to the time in the future when their grief will be turned to joy. Not only will Jesus rise from the dead and ascend to heaven, he will also send the Holy Spirit to the believers at Pentecost.

The day of Pentecost was the enlargement of His presence from a local and visible ministry to an invisible and universal fullness. As the Father dwells in the Son, so the Son in the Holy Spirit.  Jesus in his human body could only be in one place at a time. The Holy Spirit lives in every believer in the world and throughout history.

Jesus promised to send the Holy Spirit to His disciples when He departed. This is what would make it to their advantage that He departed from them. Jesus meant that the presence and work of the Holy Spirit would actually be better for believers than the physical, bodily presence of Jesus.

It was better because Jesus could be with every believer all the time.

Jesus promised,” For where two or three are gathered together in My name, I am there in the midst of them (Matthew 18:20)”. That was not a promise He could keep after flesh, but only after the Spirit. He had to go away for that promise to be made true.

If Jesus were present bodily on this earth, there would be some Christians who would be overjoyed – those in His immediate presence. But for most Christians, they would have the overwhelming sense that Jesus was not with them. Truly, it was all to your advantage.