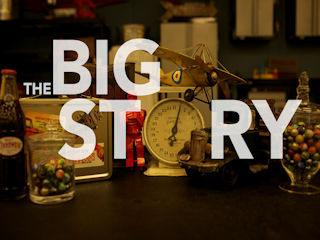 We cannot stop telling about everything we have seen and heard.”

Last week we learned about the Holy Spirit coming to the believers gathered in Jerusalem. At the time there were Jews from other countries. Many of them believed in Jesus and would tell others about Jesus when they returned. This week we will see how the Gospel began to spread for Jerusalem to other parts of this week. The lesson this week is a little different. It is a mixture of videos and Bible passages. Take time to soak in God’s Big narrative.

Saul or Paul was a dedicated Jew. In fact he was hunting and arresting Christians. That was until he had an encounter with God.

Jews were God’s chosen people. When Jesus came he also came to Gentiles or non-Jews. Many Jews didn’t associate with Gentiles because they were considered unclean.

After encountering God Paul changes his course. He takes several missionary trips to tell others about Jesus. Paul also writes letters that are included in the New Testament