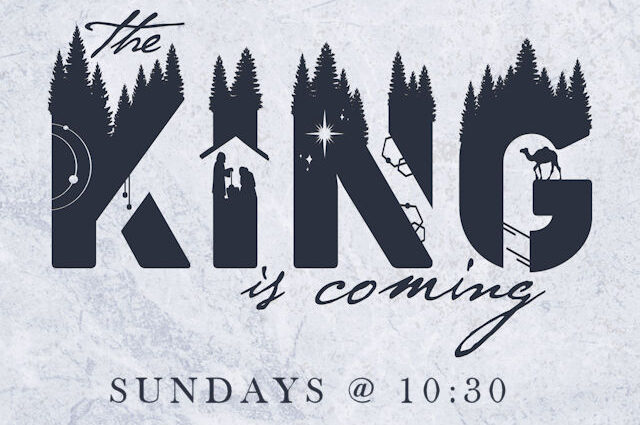 Sunday, November 29th: All Nations will be Blessed

Genesis 22:15-18 The angel of the Lord called to Abraham from heaven a second time and said, “I swear by myself, declares the Lord, that because you have done this and have not withheld your son, your only son, I will surely bless you and make your descendants as numerous as the stars in the sky and as the sand on the seashore. Your descendants will take possession of the cities of their enemies, and through your offspring all nations on earth will be blessed, because you have obeyed me.”

Micah 5:1-4 Marshal your troops now, city of troops, for a siege is laid against us. They will strike Israel’s ruler on the cheek with a rod.  “But you, Bethlehem Ephrathah, though you are small among the clans of Judah, out of you will come for me one who will be ruler over Israel, whose origins are from of old, from ancient times.”  Therefore Israel will be abandoned until the time when she who is in labor bears a son, and the rest of his brothers return to join the Israelites.  He will stand and shepherd his flock in the strength of the Lord , in the majesty of the name of the Lord his God. And they will live securely, for then his greatness will reach to the ends of the earth.

Isaiah 9:6 For to us a child is born, to us a son is given, and the government will be on his shoulders. And he will be called Wonderful Counselor, Mighty God, Everlasting Father, Prince of Peace.

Colossians 3:15 Let the peace of Christ rule in your hearts, since as members of one body you were called to peace. And be thankful.

Thursday, December 24th: The King is Here – A service of worship in music, prayer and Scripture.

Isaiah 7:14 Therefore the Lord himself will give you a sign: The virgin will conceive and give birth to a son, and will call him Immanuel.

Matthew 1:21 She will give birth to a son, and you are to give him the name of Jesus because he will save his people from their sins.

Sunday, January 10: The Gifts of the Magi

Matthew 2:1-12  After Jesus was born in Bethlehem in Judea, during the time of King Herod, Magi from the east came to Jerusalem and asked, “Where is the one who has been born king of the Jews? We saw his star when it rose and have come to worship him.” When King Herod heard this he was disturbed, and all Jerusalem with him. When he had called together all the people’s chief priests and teachers of the law, he asked them where the Messiah was to be born. “In Bethlehem in Judea,” they replied, “for this is what the prophet has written.

“‘But you, Bethlehem, in the land of Judah, are by no means least among the rulers of Judah; for out of you will come a ruler who will shepherd my people Israel.

Then Herod called the Magi secretly and found out from them the exact time the star had appeared. He sent them to Bethlehem and said, “Go and search carefully for the child. As soon as you find him, report to me, so that I too may go and worship him.” After they had heard the king, they went on their way, and the star they had seen when it rose went ahead of them until it stopped over the place where the child was. When they saw the star, they were overjoyed. On coming to the house, they saw the child with his mother Mary, and they bowed down and worshiped him. Then they opened their treasures and presented him with gifts of gold, frankincense and myrrh. And having been warned in a dream not to go back to Herod, they returned to their country by another route.

Below are some suggested Devotionals for Advent