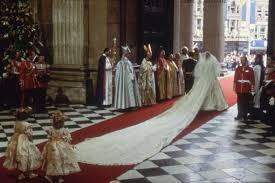 Isaiah 6:1-3 In the year that King Uzziah died, I saw the Lord, high and exalted, seated on a throne; and the train of his robe filled the temple. Above him were seraphim, each with six wings: With two wings they covered their faces, with two they covered their feet, and with two they were flying. And they were calling to one another: “Holy, holy, holy is the LORD Almighty; the whole earth is full of his glory.”

Isaiah 6 records the calling of Isaiah and occurs at a crisis event in Israel’s history . King Uzziah, a good king, had died after ruling for decades. Possibly the last great ruler of the southern kingdom, Uzziah provided stability, economic prosperity, and military success.

Isaiah had a glimpse into Yahweh’s throne room. Though an earthly king died, the prophet saw the glory of the Lord’s heavenly throne. The throne was high and exalted which means that it is greater and exceeded all other thrones. The train of His robe filled the temple. When a royal or wealthy bride walks down an aisle, her dress often has a long train. Many of us remember the wedding of Diana and Prince Charles. Diana’s train was so long that there were people there to carry the train of her dress! Why? It is a symbol of royalty. The train of God filled the entire temple! His royalty far surpasses anything we have known or can imagine.

In ancient Greek and Hebrew a word could be repeated for emphasis. For example, Jesus said “truly, truly I say to you” or “verily, verily I say to you.” However, writing a word three times only occurred in the Bible describing God’s holiness.

When I taught as an adjunct professor, I would repeatedly mention important ideas or people. I spent a lot of time lecturing about the American colonies in my American history class. Even though I kept highlighting the same themes, one of my students on his essay mentioned almost nothing covered in class. However, he argued that New England is famous for its soup.

Does God have to continue teaching us the same lessons, or are we maturing as believers?

Colossians 2:6-7 Therefore as you have received Christ Jesus the Lord, so walk in Him, having been firmly rooted and now being built up in Him and established in your faith, just as you were instructed, and overflowing with gratitude.

“Firmly rooted” reminds me of when we needed a new water line run for our house. When the plumbing company dug up the old water line, dozens of roots grew inside the line or close to it. Are we firmly rooted in our faith? Do we apply to our daily lives what we learn about God?

Prayer: Lord, may your Spirit strengthen and mature us as we become firmly rooted in you. We seek to come to know you more each day and appreciate your holiness and majesty. Holy, holy, holy are you my Father and the whole earth is full of your glory! Amen.