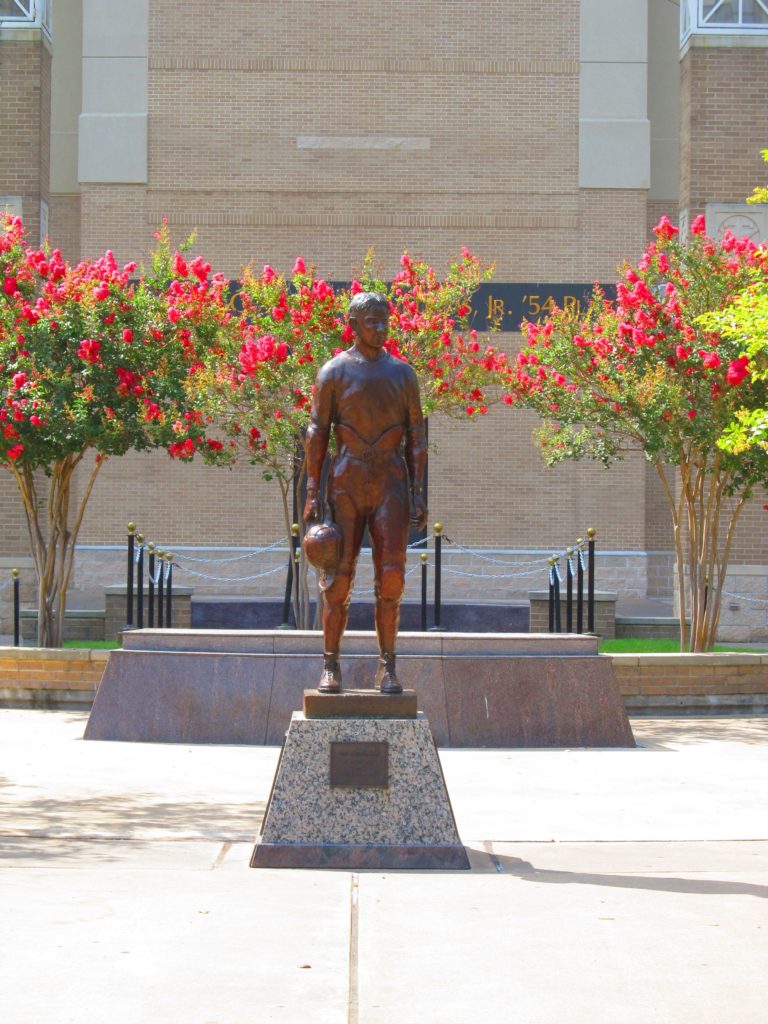 Ephesians 4: 4-6 (NIV) 4There is one body and one Spirit, just as you were called to one hope when you were called; 5 one Lord, one faith, one baptism; 6 one God and Father of all, who is over all and through all and in all.

The Texas Aggie tradition of the 12th Man remains an incredible example of teamwork and unity.

Before he became the first 12th Man, an Aggie by the name of E. King Gill was simply a squad player for Texas A&M’s football team — and little did he know that his willingness to serve would become his legacy, one that lives on more than 90 years later as 38,000 students stand for every Texas A&M home game.

On Jan. 2, 1922, the heavily outgunned Aggies were facing the top-ranked Centre College Praying Colonels on the gridiron in the Dixie Classic in Dallas. Gill was up in the press box helping reporters identify players on the field below — and what was happening on the field wasn’t pretty.

The Aggies found themselves plagued by injuries, with their reserves seemingly dwindling with every play. As Texas A&M Coach Dana X. Bible looked across his rapidly emptying bench, he suddenly remembered Gill’s presence in the stands. Bible waved Gill down to the sideline and told him to suit up. Gill ran under the bleachers and put on the uniform of injured running back Heine Weir, who had been knocked out of the game in the first quarter. King Gill embodied unity by leaving the stands and risking himself for a greater purpose.

The Greek word used for unity in Ephesians 4 literally means oneness and unity. It specifically refers to unity that comes in the body of Christ available to us because of our Savior and Lord.

John Wesley, often called the Father of Methodism, said, “I want the whole Christ for my Savior, the whole Bible for my book, the whole Church for my fellowship, and the whole world for my mission field.” Philip Melanchthon, a friend and colleague of Luther’s wrote about the core and the periphery. We as Christians need to agree on the essential gospel of Christ, but we can graciously and humbly disagree over matters that are not essential or not clearly outlined in Scripture.  A Lutheran theologian from the 16th century, Rupertus Meldeniu, wrote, “In essentials unity, in non-essentials liberty, in all things charity.”

We work together with other Christians to further the Gospel and care for people. Christian churches are not competing businesses. We are laborers in God’s field. Furthermore, we all sow and reap a harvest for the Lord.

1 Corinthians 3: 4-7 (NIV) 4For when one says, “I follow Paul,” and another, “I follow Apollos,” are you not mere human beings?  5What, after all, is Apollos? And what is Paul? Only servants, through whom you came to believe—as the Lord has assigned to each his task. 6I planted the seed, Apollos watered it, but God has been making it grow.  7So neither the one who plants nor the one who waters is anything, but only God, who makes things grow.”

No one should claim credit for what only God can do by His grace. Christians humbly work together to promote Christ’s kingdom. We are all on the same team, and it is time for us to get on the field and play.

Prayer: Father, may we humbly serve you in unity with other believers. Teach us that Christ is the head of the church, and we are your servants. Empower us with your Spirit. Amen.